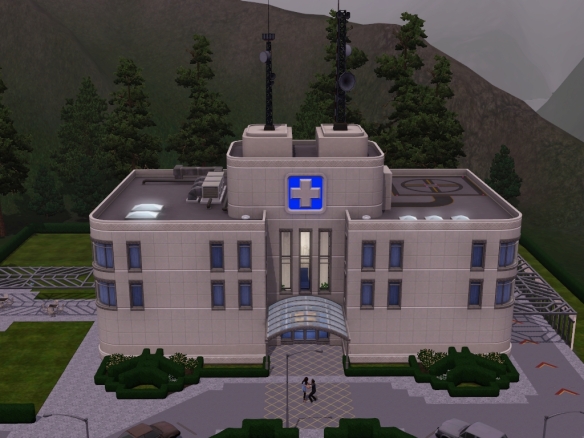 Keeping a protective arm around her, Ethan supported Ivy as they walked out of the hospital. He was still shaking. He’d been so afraid, seeing her just collapse like that… His heart was still beating a mile a minute in his throat, he was still running on the pure adrenaline that had kicked in that morning, that had kept his voice steady as he rang the ambulance on his mobile, talking to a distraught Tristan on the landline whilst also trying to rouse Ivy.

‘Ivy. Don’t ever do that to me again, okay?’ He struggled to keep his voice straight and the tears from his eyes. He was finally realising just how terrified he’d been.

‘Ivy, don’t be sorry! For gnomes’ sake, you were just told… Well, you’d just had some of the worst news possible. I’m not blaming you! I was just bloody scared. I didn’t want… I don’t want anything to happen to you, or our baby. Nothing at all. 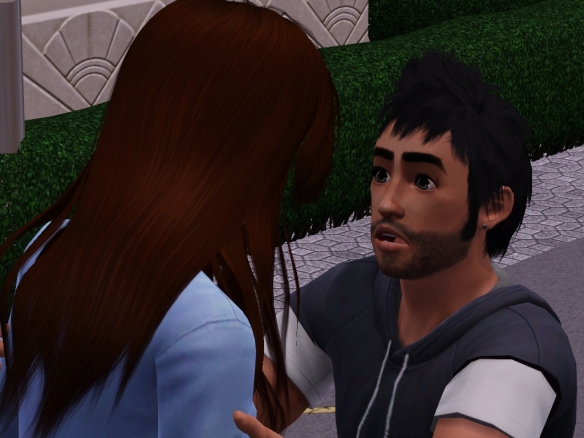 She’d been so happy. Everything had been going just right. And now, this. Couldn’t anything in her life just stay perfect for more than a couple of weeks?!

A few days later, the still shaken couple met Leon and Andy for drinks at the The Prosper Room, a high-end lounge a few streets from their apartment. The plan had originally been to meet up the day after the news of Cassie and Matthew, to announce Ivy’s pregnancy and the couple’s engagement, but Ethan had postponed it to give his fiancée some time to herself. Some time to grieve. After her collapse the doctors had advised her against travelling long distances, so she was unable to go home for the funeral. Tristan was coming over to Bridgeport the next week, but for now all Ivy could do was mourn.

After passing on their condolences to Ivy, the four settled themselves down at a table. It was still early, so the lounge was fairly deserted; Ethan was keen for Ivy to not stay out too late, so they had decided to meet a few hours earlier than they usually did.

‘So? What’s new with everyone?’ Leon said a little tactlessly, wincing when he realised what he had just said.

A half smile flitted across Ivy’s face; she knew he hadn’t meant anything by it. ‘Well. Ethan and I have some good news, for a change. Ethan?’ 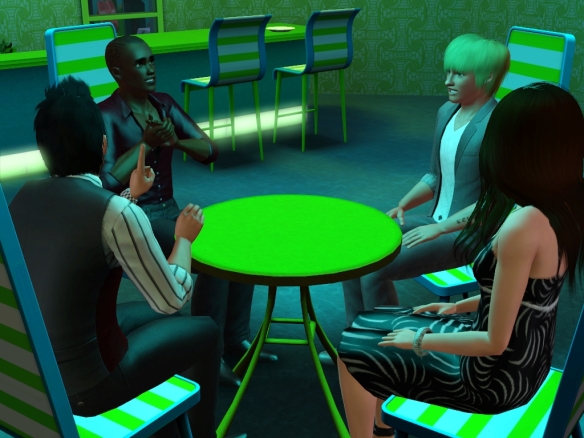 Smiling comfortingly at his fiancée, Ethan looked at his bandmates, his best friends in the world. ‘Well. Ivy and I are engaged – and we’re expecting our first baby!’

‘Well that’s fantastic!’ Leon’s face lit up. ‘Congratulations, you two! I’m so pleased for you! Well done, Ethan, you’ve done good there!’ He gently punched his friend’s arm before flinging an arm around his neck.

‘They’d be so proud of you,’ Andy said quietly to Ivy as Leon and Ethan wrestled each other, squeezing her hand gently. Ivy was touched. Of the two, she much preferred Andy, who was far more sensitive and friendly than his sarcastic, bolshy bandmate. She did like Leon, but he didn’t tend to think things through, she had noticed.

Such as when she saw him kissing his friend’s girlfriend. She still hadn’t decided what to do about that. On the group’s next few outings Amelia hadn’t been present, having been busy with work, so she hadn’t been able to see how Leon and she acted around one another.

‘Well, I think this calls for a few drinks! Not for you, Ivy, hey!’ Andy declared as he stood up to go to the bar. ‘I’ll give you a hand!’ Ethan grinned at Ivy as he followed him. Once the two were in conversation with the barman, Leon stood up and came around to Ivy’s side of the table. 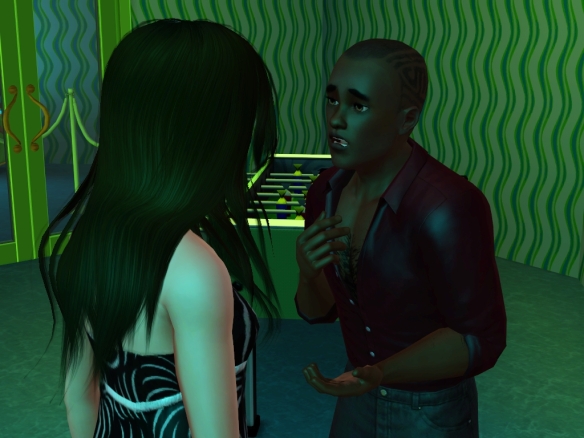 ‘Ivy. I’ve been meaning to speak to you. I… I know you saw Amelia and I, on that first night we were all out.’

‘Well you weren’t exactly subtle.’ A grin played about Leon’s lips. ‘Look… I wanted to explain. So that you wouldn’t think terrible things about me.’

‘Look, you haven’t seen Amelia when she’s drunk aside from that one time. She’s quite a tactile person sober, but when she’s in that state… Well, she’s just ridiculously affectionate. She’d planted a kiss on me just as you came out of the toilets the first time. She doesn’t mean anything by it, and Andy knows about how she can get. Usually it’s him who gets the brunt of it, but with him not there… Well, he’d just be glad that it wasn’t some random stranger who’d take offence and kick off. So, yeah. Just wanted to clear that up.’

Ivy nodded slowly. ‘Right. So it was just a drunken thing, yeah?’ 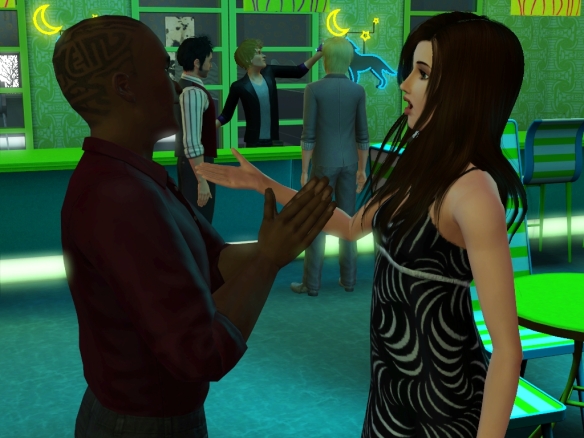 Leon looked relieved. ‘Yeah, exactly. It’s not her fault, we all make fools out of ourselves when we’re under the influence!’

Ivy laughed in spite of herself. ‘Oh, I know all about that! Has Ethan ever told you guys how we met?!’

Chuckling, Leon shook his head. ‘No, but judging from your face it’s quite the story! I’ll have to ask him later. Wait until he’s had a few, so I don’t miss out on any details! And Ivy… I really am happy for you both. I can’t believe El Tigre’s going to have its first junior member!’ 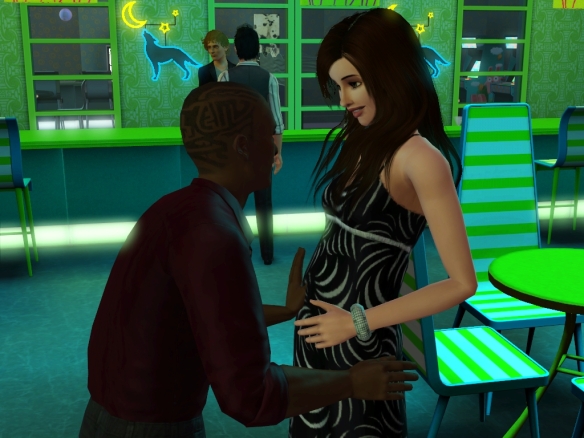 Gently, he placed a hand on Ivy’s stomach. ‘We’ll have to increase the acoustic section to include a rattle!’ he joked.

‘You know, I was listening to one of your songs the other day on the radio and that was exactly what was missing! You’ll get that seventh number one in the bag for sure with that addition!’ Ivy teased, placated by Leon’s warm smile. So she had got it wrong. What a relief!

‘How’s that? Any better?’ Ethan rubbed his wife’s aching shoulders gently, soothing them. The growing weight in her stomach was playing havoc with her back, and her fall onto the hard kitchen tiles had hardly helped. 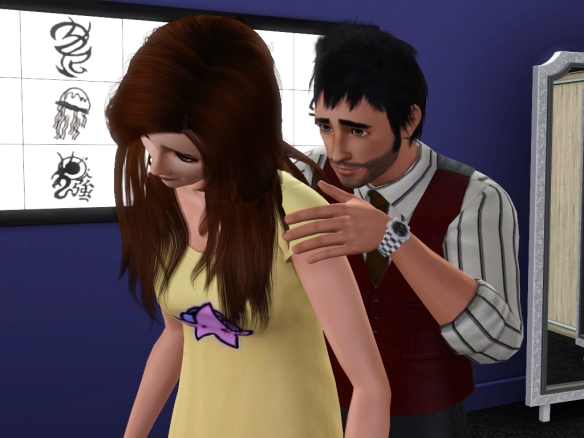 ‘So much better! Thank you, darling,’ she said, stretching a little. ‘Honestly, I think this pregnancy is going to be more strain than raising the baby itself!’

‘Well of course, our child is going to be practically perfect in each and every way,’ Ethan joked. ‘He or she will be changing their own nappies by the end of their first day on earth!’

‘They’ll be walking by the end of the week…’

‘Oh, great. So they’ll be chasing us around holding dirty nappies screeching at us after a week!?’ Ivy said in faux-shock, turning around to face a grinning Ethan.

‘You’re right! Didn’t think of it that way. I think we’ll settle for Joe Average, then! Although, he or she will be our child. That’s perfect enough for me,’ Ethan said, embracing his fiancée.

‘Yeah, see you mate!’ Leon waved as Andy walked down the street, waiting until he’d turned the corner before heading off in a direction that wouldn’t take him home. He wasn’t going home. He was going to the Banzai Lounge.

Checking in his jacket, he hurried up to the top floor, to a dark corner where a lone figure was waiting for him, blonde hair shimmering. Amelia. Seeing him approach, she stood up, a sultry smile on her face. ‘About time!’ She flung her arms around him, pulling him into a tight kiss. 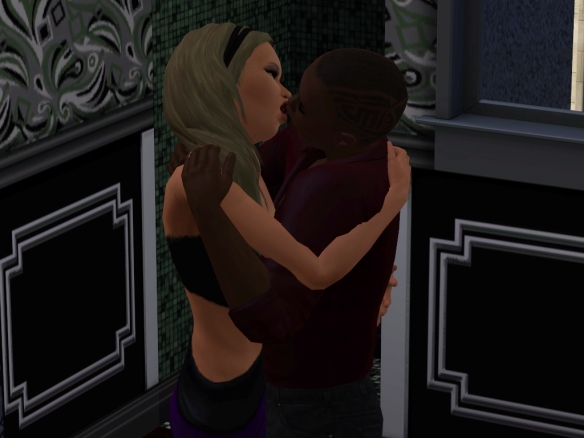 ‘So? What did you tell her?’ she said, abruptly breaking away. ‘Did she buy it?’

‘Yeah, I told her you were just an affectionate drunk,’ Leon replied, a little startled.

‘Good!’ A tinkling laugh left Amelia’s lips. ‘We don’t need this getting out, do we?’

Leon was confused. ‘But… Amelia, I thought you were going to leave Andy? You told me!’

‘Yes, I am going to, but if this gets out then it’ll just cause a load of unnecessary drama and heartbreak. Can you imagine if this got out into the press? It’d ruin m-us! It’d ruin us.’

Leon hung his head. ‘You’re right.’ Looking up, her bright blue eyes hypnotised him a little. For gnomes sake, how could he have let himself fall so deeply for his best friend’s girlfriend?! 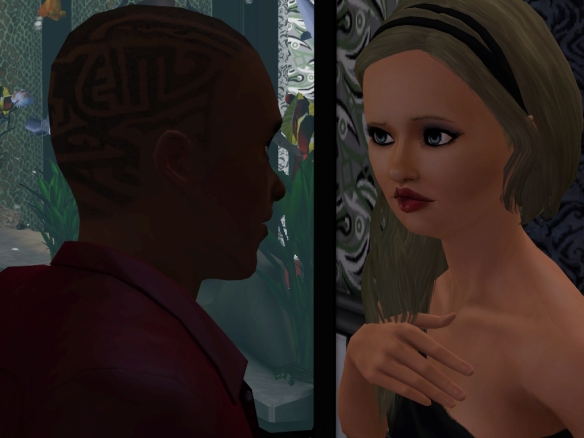 Amelia sighed, seeing what was going through his mind. ‘Look, Leon, I know this is hard for you. Andy’s your friend, you’ve known him for years. But remember, this is just as hard for me, if not more. Andy loves me, and I do care for him. I don’t want to see him hurt. But I want to be with you. You do believe me, don’t you?’ She batted her eyelids at him, giving him a look of pleading as she wound her hair around her finger seductively.

Leon was hooked. ‘Of course I believe you!’

‘Good!’ Amelia’s face fell into a satisfied smile as she kissed him again. 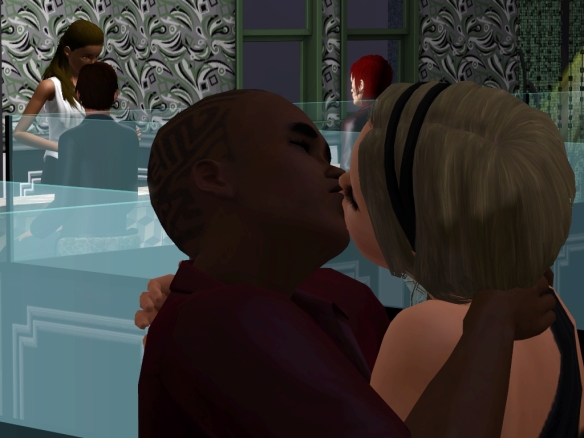 This time it was Leon’s turn to pull away. ‘Look, I’m sorry sweetheart, but I’ve got to go. I have to be in the studio early tomorrow. I’ll call you?’

Leon hovered a little. ‘Amelia… I know that what we’re doing is wrong, but you do know that I wouldn’t be doing this if I wasn’t one hundred percent convinced that you’re the one, right? I… I love you, Amelia.’

Amelia kissed him again, grinning. ‘Shouldn’t you be in a taxi right now?’ she laughed.

Leon smiled back at her. ‘You’re right. Bye!’

She watched him leave before she rooted around in her bag for her phone. Pulling it out, she quickly dialled a number. ‘Hi, Tom? It’s me. Listen… Are you doing anything tonight? I was wondering if I could maybe come over and help you test out that new hottub you just installed…’