The next few weeks passed by in a blur of police interrogation rooms, holding cells, courts and handcuffs. The mystery of Vita Alto’s missing husband was soon solved; businessman Nick had been arrested for his involvement with the criminal underground movement of Sunset Valley and had exchanged information on those working around him for a leaner sentence.

James Brennan had been one of those. Mr. Alto told how he had contacted him in the hopes of arranging a revenge attack on the criminal gang he thought responsible for his parents’ deaths, once he had stumbled accidentally on some paperwork linking Nick to the seedy underworld of the Valley. Nick had been helping him in exchange for his silence; of course, once that confidentiality no longer held weight Mr. Alto didn’t hesitate to hand over James’ details and links to the criminal gangs of Sunset Valley. It didn’t help that James had made a mistake and identified the wrong group for his swoop.

As for Cassie, she was accused of aiding a conspiracy to commit murder. Unknowingly, she had delivered documents belonging to James arranging the preplanned attack amongst other, genuine legal pages for her boss. She was perfectly innocent, duped into carrying the papers. The only thing she could be said to be guilty of was being too trusting, for not questioning or looking through what she was carrying with her. Of course, she did not think she had a reason to query them, nor her boss or boyfriend.

‘So, Cassie Rivers… I see you’ll be staying with us for four years?’

The prison governer’s face hardened. ‘Miss. Rivers, I’m afraid I cannot possibly comment on your sentence, or your crime. I’m here to run this prison, not the justice system of this country.’

The governer softened. ‘That’s quite alright, my dear. Many people are tense when they first come to prison. Now then, four years. You’ll be placed on G Wing, and your personal officer will be… Oh, hold on. He’s not here yet! He’s a transfer coming in from another prison, so you’ll have to wait. He’ll introduce himself to you when he arrives. Now then, Ms. Sheeran will take you down to your cell before lights out, which is in ten minutes. You got here just in time! Your belongings will be sent to you shortly.’

Ms. Sheeran, a stern looking woman only a few years older than Cassie, roughly stood Cassie up and led her out of the room. They seemed to march down endless corridors, past the barred gates of other wings and officers’ staff rooms. Cassie barely took any of this in; she was in a state of shock, hardly believing that she was in jail. Jail! She hadn’t done anything, not knowingly at least. Finally they arrived on G Wing to a deserted hall way, populated by the echoing voices of other prisoners behind their cell doors calling out to one another. Ms. Sheeran took Cassie down to the far end of the wing and unlocked the door of the cell she’d spend the next four years in. As the door opened, Cassie caught a glimpse of a blonde woman stretched out on the bed, barely taking any notice of the opening crash of her room.

Confused for a second, Cassie wondered why she was being put in here. Surely there was some mistake? Then she clocked the second bed on the other side of the cell. She was sharing. Brilliant.

‘Well, what are you waiting for? A red carpet? Get in there!’

Ms. Sheeran pushed the frozen Cassie over the threshold.

A few of the tears Cassie hadn’t realised were threatening to fall spilled down her cheek. She wiped them away furiously, determined not to let Ms. Sheeran see that she had upset her, and not to show weakness in front of her cellmate.

She needn’t have worried about Sheeran, who had slammed the door shut after smirking at the new inmate. Cassie grimaced as the door was locked behind her, the metal grinding sending shivers down her spine. She wasn’t sure this was a noise she wanted to get used to. Looking up, she saw the blonde woman sat up on the edge of her bed; Cassie had not noticed her moving.

‘Well then,’ she said, an odd smile on her face. ‘A new roommate! You know, you should be thanking me. I’m not supposed to have cellmates, but this place is a bit overcrowded. You could’ve been sent halfway across the country if it wasn’t for me!’

The lights had suddenly gone out in the cell, plunging the small room into darkness.

‘Guess it’s time for bed. Yours is that one, you’ll find the issue pyjamas in your cabinet. Good luck changing in this!’

Somehow, Cassie managed to fumble her way through the darkness and find the loose vest and shorts the prison provided new inmates with while they awaited the delivering of their own possessions. Stuffing her own clothes into the small cupboard, she crawled between the scratchy sheets and tried to sleep. She had thought that she would lie awake for hours, lamenting her bad luck. 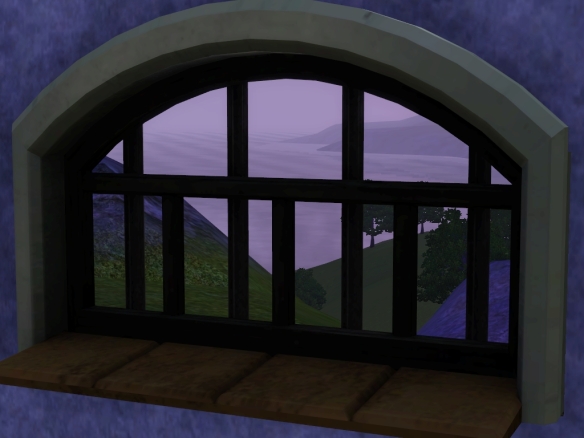 She was surprised when she woke suddenly, the electric lights turning on startling her from sleep. Seeing the grubby walls and feeling a sense of claustrophobia, she almost thought she were back at Mrs. Appleby’s. Sitting up, she saw her cellmate washing her face at the rusted washbasin at the end of her bed, dressed in a revealing pink top and short skirt. Oh right. Prison.

‘Morning, sleepyhead! Never seen a newbie sleep as well as you did last night. Tough cookie, ain’tcha! Hurry up and get dressed, they’ll be doing unlock soon. The screws don’t like having to wait!’

Cassie practically leapt out of bed, pulling on yesterday’s clothes in favour of the prison issued tracksuit. She wanted to be in her own things. Sweeping her hair up in her usual bun, she turned tentatively to face her roommate. 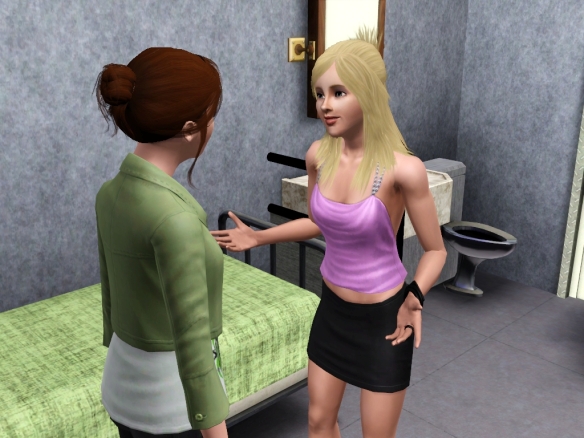 ‘So, roomie! Who are you? I’m Alicia. What did you do, how long have you got? We didn’t get much chance to speak last night, they could’ve given us a few extra minutes to get aquainted!’

Cassie marvelled at Alicia upbeat tone. Would she, too, one day be as cheery as this person whose freedom had been taken away from her?

‘Um… I’m Cassie. I’m in for aiding in a conspiracy to commit murder. Four years.’

Cassie bristled. ‘I’m not, actually. I didn’t know anything about it.’

‘So you are innocent!’ Alicia laughed, a tittering giggle that somehow made Cassie feel even less at ease than she already was. ‘Well, you and everyone else in here, darling!’

Cassie tried to return a smile. ‘So… What are you in here for?’

‘Me? Oh… Tax evasion. Naughty me! I’m guilty too.’ Alicia winked, just as the cell door opened with a crash.

Cassie was impressed. She wasn’t sure if it was because she’d had such low expectations in the first place, but these pancakes weren’t half bad! Alicia had led her down to the servery and shown her where to get her plate and cutlery from, and had then advised her on the pancakes. She couldn’t help noticing that the other prisoners seemed to jump out of Alicia’s way; when they had seen her approaching the table they were sat at in the far corner of the room two others had practically jumped up and gone through back to their cells. If this were a prison drama, Cassie would have thought that this meant Alicia were ‘top dog’.

Alicia beamed. ‘All my reccommendations are good, Cass! You did get lucky having your first meal on a Saturday though, it’s always a bit more special at the weekends. Although you should always listen to what I have to say anyway!’

‘How long have you been here, then?’

Three yearsI Cassie pondered as she speared the last bite of pancake with her fork. Just how many years do you get for tax evasion?

Before she could ask, she felt a hand grip her shoulder. Looking up she saw Ms. Sheeran stood over her. ‘Rivers. A word.’